A Marker for the Souls Sacrificed to This Naked Complacency

A Marker for the Souls Sacrificed to This Naked Complacency 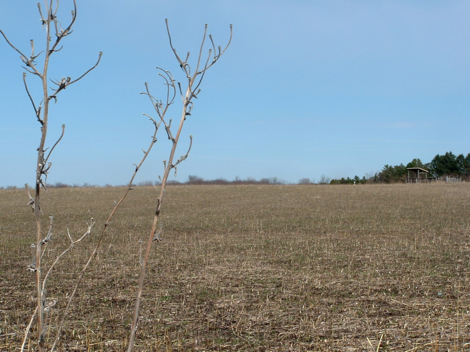 Since I’m a big fan of The Barbarian Group I found out about — and have been participating on — the website Tweak Today, founded by one of its members. Today’s Tweak Today mission was to “Accessorize a public statue.”

I’d seen that the mission was coming up and had the perfect statue in mind: “Marker” by Peter Fagan.

The statue is completely nude and I thought putting some clothes on it would be a pretty funny idea. Kari lent me a stretchy skirt to pull down around it’s torso and arms and I grabbed an unused tank-top we’d gotten free with a purchase at Old Navy. Some Mardi Gras beads, a hat and some sun glasses would complete the ensemble. I drove across town and then walked half a mile to the statue’s current location. 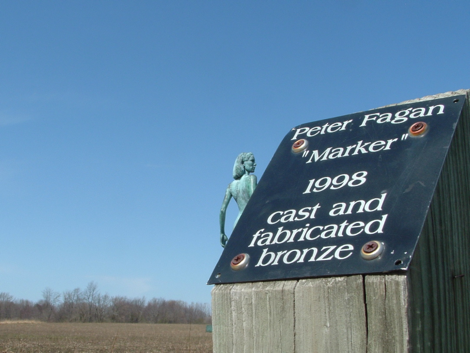 The statue is in a park and due to the nice whether this weekend there were an abundance of people out walking, jogging and biking right past the statue. After approaching the statue it took me a while to get up the courage to openly photograph it (a group of elementary students laughed at the statue and kidded each other about looking at it too long; one passerby joked “I’m going to tell your mother” when he saw me photographing).

One thing I noticed as soon as I got there was that the statue was larger than I thought. I had assumed it was life sized, but it seemed to be about 20% bigger than life and it was going to be even more difficult to dress than I’d thought. The skirt definitely wasn’t going to stretch enough to fit around the statue at its widest. Also, I had not remembered that the statue was up on a tall pedestal. After puzzling it over I realized I’d have to climb up the statue and pull the skirt up one arm, over her head and then down around her torso and the other arm.

Putting clothes onto it would take about as much courage as I had the capacity to muster, so I milled around taking some “before” pictures and waiting for my nerves to calm.

Once I was composed and the traffic was in a lull I put the plan into motion. Up I went onto the statue and I started struggling with the skirt to get it on. I had to be careful not to ruin the skirt by over-stretching it as Kari was expecting it back unharmed. It took a some finagling to get it over her head, but the task was accomplished simply enough. People passing by mostly avoided eye contact and continued on, but one lady openly laughed as I did this.

The tank top I’d brought was another matter. By this point a couple had stopped a ways back to watch me and the attention was getting slightly uncomfortable. To get the top on I tried repeating what I’d done with the skirt, but I couldn’t get it over the head and eventually I realized even if I did there’d be no way to get the other arm out of the trunk of the garment. I next tried stretching it over both her arms.

I would have continued in this manner and perhaps gotten the statue’s nakedness covered, but here the story takes a turn as a gentlemen — engaged in the task of walking his dogs with his family — took notice and shouted out to me, “What are you doing?”

I thought what I was doing was pretty obvious, but nonetheless I answered straightforwardly, “Dressing her.”

Things get a little blurry in my memory at this point as to the exact progression of the conversation, but after attempting to make an argument that what I was doing was also art and being told that I should not proceed without written consent from the park district and additionally being asked if I would like to “see the badge” of the concerned citizen (perhaps an off-duty policeman?) I decided not to press my luck. 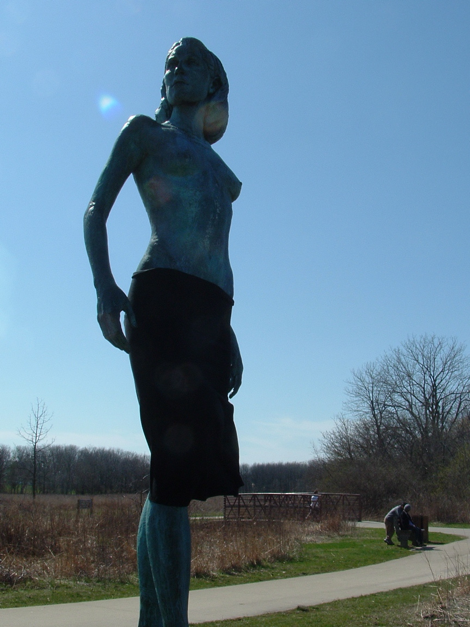 Perhaps I should have made an argument that I was only on property open to the public and as I hadn’t yet broken the statue I was in no way defacing the property. Perhaps I could have improvised some artistic argument about art in the public space and the implicit interaction and encouraged participation of the public.

Somehow I’m embarrassed both by the thought of pressing my case and by the fact that I didn’t. Neither option seems to be satisfactory. And should I be additionally embarrassed that I attempted this at all? That I had, as alleged by my fellow man, imperiled the work of art? (One would assume that the supports comprising the pedestal could handle the additional 63 kg, but who knows, perhaps it was poorly engineered.) Resigned, I took a couple photos of what I’d accomplished, removed the skirt and headed back to my car.

I did get a chance to use the hat I’d brought along while I was on my way out of the park. 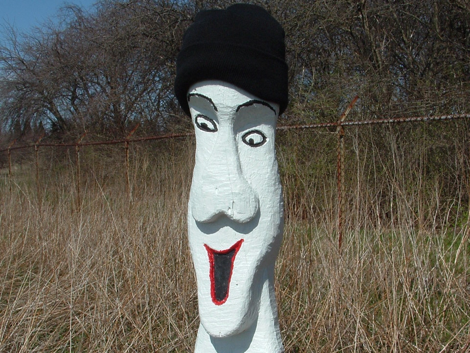